As we plunge ahead into the second half of 2014, it is worth taking a brief glance back at the second quarter, which was an interesting one on many levels.

Amongst other noteworthy events, the JSE reached, which was at the time, a record high of 51 322. Unsurprisingly, this sparked excitement among the financial community and the media.

Other significant developments included the following:

o A reduction of tensions between Russia and the Ukraine.
o Speculation that Chinese authorities will take steps to stimulate their economy.

With regards to JSE sector returns, the following charts giving 1-year and 10-year returns to end June 2014 are very revealing… 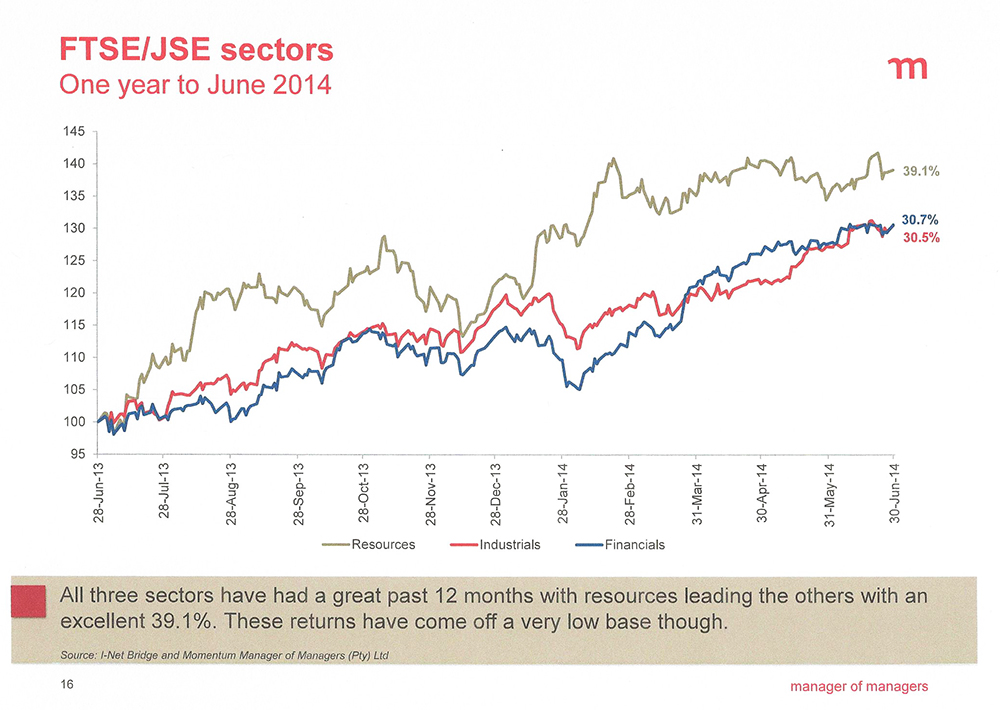 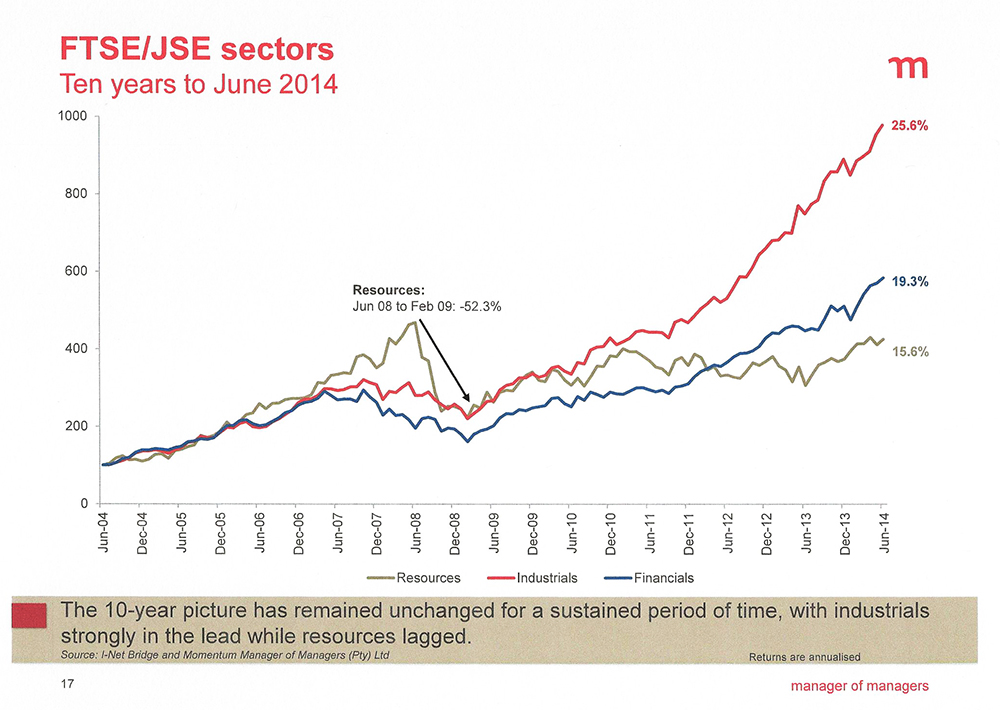