China is South Africa’s largest single country trading partner.  In the past few weeks we have seen significant volatility in the Chinese stock markets as well as a devaluation of their currency.   This has impacted on China’s main trading partners as well as emerging market* currencies and equities (shares) in particular.

The graph below shows the important role that China now plays in the global economy. 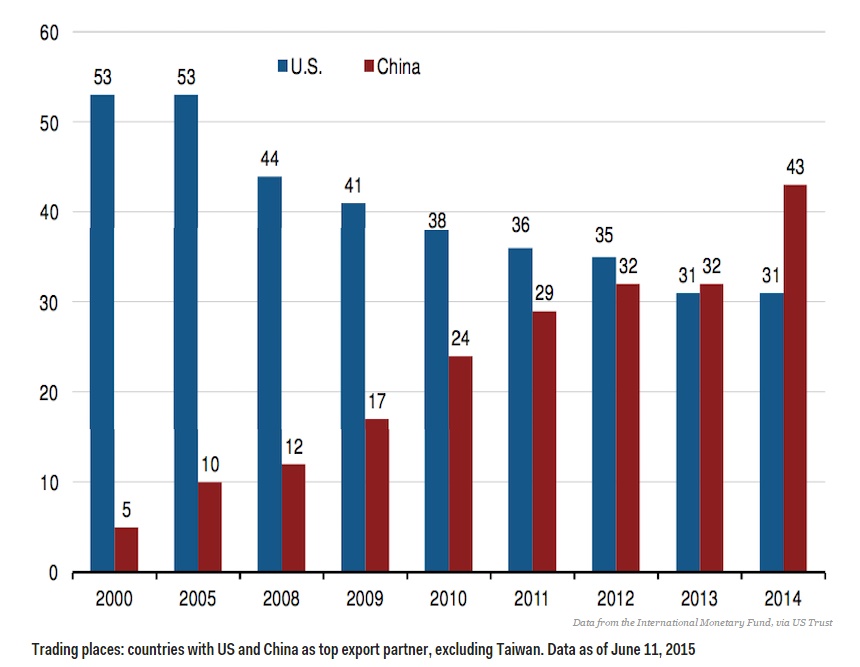 It stands to reason that as China is one of the world’s biggest importers, an economic slump in China will have a negative effect on countries it does business with, particularly commodity producers (such as SA).

*SA is classified as an emerging market.