With the rand breaching R13/USD for the first time in 14 years, it is timely to look at how major currencies have fared against the dollar over the period 25 July, 2014 – 14 August, 2015 and the analysis is interesting. 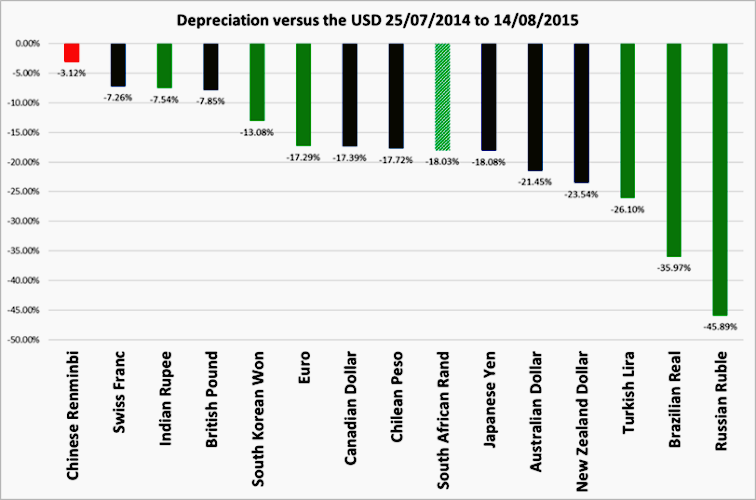 The above graph (click on graph for greater clarity) shows that:

*  Commodity currencies is a name given to currencies of countries which depend heavily on the export of certain raw materials.
** SA is considered to be an emerging market along with, for example, Brazil, Russia, China, India.