While it is still a relatively new concept in South Africa, perhaps we can draw on the discipline to tackle our dismal savings rate and poor financial habits?

In this brief excerpt from a Finweek magazine cover story by one of our contributors, Jessica Hubbard, she asks the question…

Are We Born to Spend?

South Africans spend almost four times more on alcohol than on health care, and about the same on DSTV subscriptions as on retirement annuities.

Because “retirement is free and RAs are not as entertaining as DSTV”.

These were some of the findings (and conclusions) that consulting firm Eighty20 released last year in its Conspicuous Consumption report, which drew on data from Statistics SA’s Income and Expenditure Survey and other sources. While some of Eighty20’s soundbite-friendly claims raised eyebrows and caused many to question the validity of the numbers, the report nevertheless drew much needed attention to our spending habits – and the drivers behind them.

According to Eighty20, households earning around R3500 a month spend 8% of it on clothing and footwear, and 2% on education, while those with between R3500 and R10000 a month spend 7% on clothing and footwear, and 3% on education. The report points out that Edgars sold R25 billion worth of merchandise in FY2013; and the retailer has over 3.8 million store card holders while just over 50% of all sales are on credit.

A recent blog post by 22seven, the Cape Town based personal financial management service, stated that its users spend about ten times more on their cars than on savings.

If we take our lead from these findings, we can pretty much assume that as a nation, we are a bunch of narcissistic spendthrifts.

In its report, Eighty20 attributed some of this spending behaviour to ‘status anxiety’, and the need to be seen sporting certain labels and driving the right car. Others, when commenting on the way South Africans spend, look to the so-called ‘Black Diamond’ phenomenon and the emerging black middle classes’ need to brazenly display its newfound wealth. If you frequent Parkhurst in Johannesburg on a Saturday afternoon, you might well attribute it to pure hubris and a great deal of raging hormones.

Instead of pointing the finger at big bad banks and conniving advertisers who dangle bargains and big breasted models in our faces, should we not just admit that we are human beings and woefully prone to impulsive, irrational behavior – even when it comes to our money?

For the growing band of academics, financial professionals, policymakers and entrepreneurs worldwide who are ploughing into the ever widening field of behavioural economics (and one of its ‘subsets’, behavioural finance), getting to grips with our ‘humanness’ is a critical place to start when it comes to money matters. 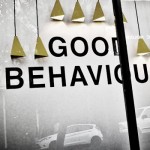 Enjoying Retirement: A Letter to My Daughter