Where does the real value lie? In Bitcoin and other cryptocurrencies, or Blockchain technology?

Many market watchers believe that the value lies in the currency, however, the reality of the performance is plain for all to see. (Click on graph to enlarge). 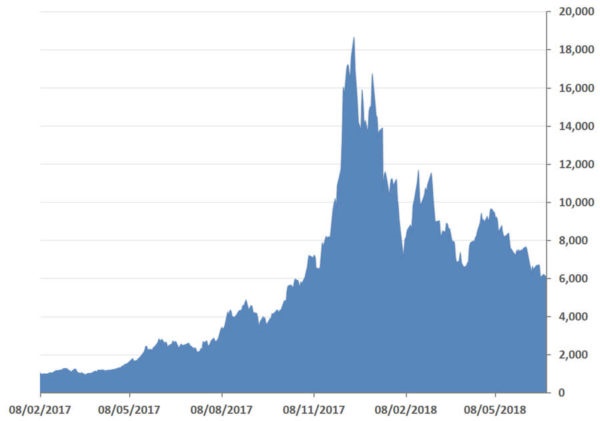 Let’s start with the fundamentals. What is Blockchain technology?

The current challenge is that these capabilities remain potential capabilities, and the only seriously adopted application has been with cryptocurrencies like Bitcoin.  Because of this, Bitcoin and Blockchain have largely been synonymous with each other, in much the same way that e-mail and the internet were often perceived as being the same thing in the early days of the internet revolution.

Whether or not Bitcoin becomes a stable and widely used currency remains to be seen – the volatility shown in the earlier graph suggests that we are a long way from achieving that. Yet what is clear is that Blockchain development is gathering a huge amount of momentum around the world.

Arguably, it may only be a question of time before Blockchain becomes the solution for a number of problems in the business and social spheres…